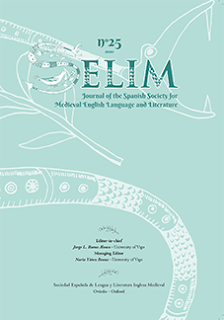 J. L. Borges’s interest in and understanding of the Old English dialogues featuring King Solomon and the pagan Saturn have hitherto received little academic attention. A recent article by Miguel Gomes explores Borges’s engagement with these texts and in doing so contributes to recent scholarship concerning the author’s lifetime fascination with the medieval literatures of northern Europe. Miguel pays particular attention to Borges’s annotated translation of one of the Solomonic dialogues published in the journal of the National Library of Argentina in 1961, La Biblioteca, under the title “Un diálogo anglosajón del siglo XI”. Borges’s reasons for selecting the text as well as the Old English sources used in this translation are explored alongside his passion towards the subject of the translated passage.

The survival of traditional dialect lexis

Bairn, canny, spuggies, lass, bonny, spelk, plodge ... If you're from the North East or have spent any time here you'll have heard some of these words - you might even use them yourself. They are examples of what we might call 'traditional' dialect lexis, in the sense that they can all be traced back to at least the nineteenth-century (and in many cases much earlier). Dr Mike Pearce has published an article which examines the extent to which words such as these - many of which were attested in the Survey of English Dialects - can be found in a contemporary online context virtually located in the North East of England (which, as we know, is one of the most dialectally distinct parts of the country). His findings suggest that the rate of survival is perhaps higher than might be imagined, given the conclusions of previous research on lexical attrition in regional varieties of English in the UK. The article also shows the affordances of corpus-based dialect study, illustrating how access to the discursive contexts in which these words occur can offer insights into meaning and usage, and give access to the metalinguistic reflections of dialect users.

You can read more about Mike's research on the language and culture of North East England here.

Professor Angela Smith has edited a collection of essays exploring issues of gender equality in the global context. Contributors to Gender Equality in Changing Times (Palgrave Macmillan 2020) acknowledge the advances brought about by the second-wave movement of feminism, but highlight the work which still needs to be done in the twenty-first century, including the changes in society that have resulted in shifts in masculinity. The book is divided into two parts. Part One looks at gender equality by exploring the 'experience' of being part of a group where gender boundaries still exist, drawing on auto-ethnographies of those in key groups that are central to this debate, as well as interviews with members of such groups. Part Two investigates wider representations of these groups, offering an insight into the geopolitical world of gender relations in Saudi Arabia and China. Ultimately, this collection shows how much has been achieved, yet how far is also left to go. 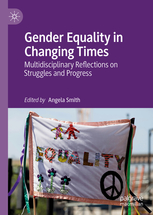 Do you want to keep up to date with research in Humanities? By entering your email address in the box below you will receive notification whenever a new post gets added to the Humanities Research Blog.

SURE: Research from the University of Sunderland